An Activity and Entertainment

It’s Showtime often brings in outside entertainers but this weekend, our neighbors provided the entertainment talent.

Saturday night Mary Ann and I went to see a comedy play (Funny Little Thing Called Love) produced by It’s Showtime and the Village Players. We and our neighbors enjoyed watching this play, laughing and being entertained in our own clubhouse.  Our community has talent! 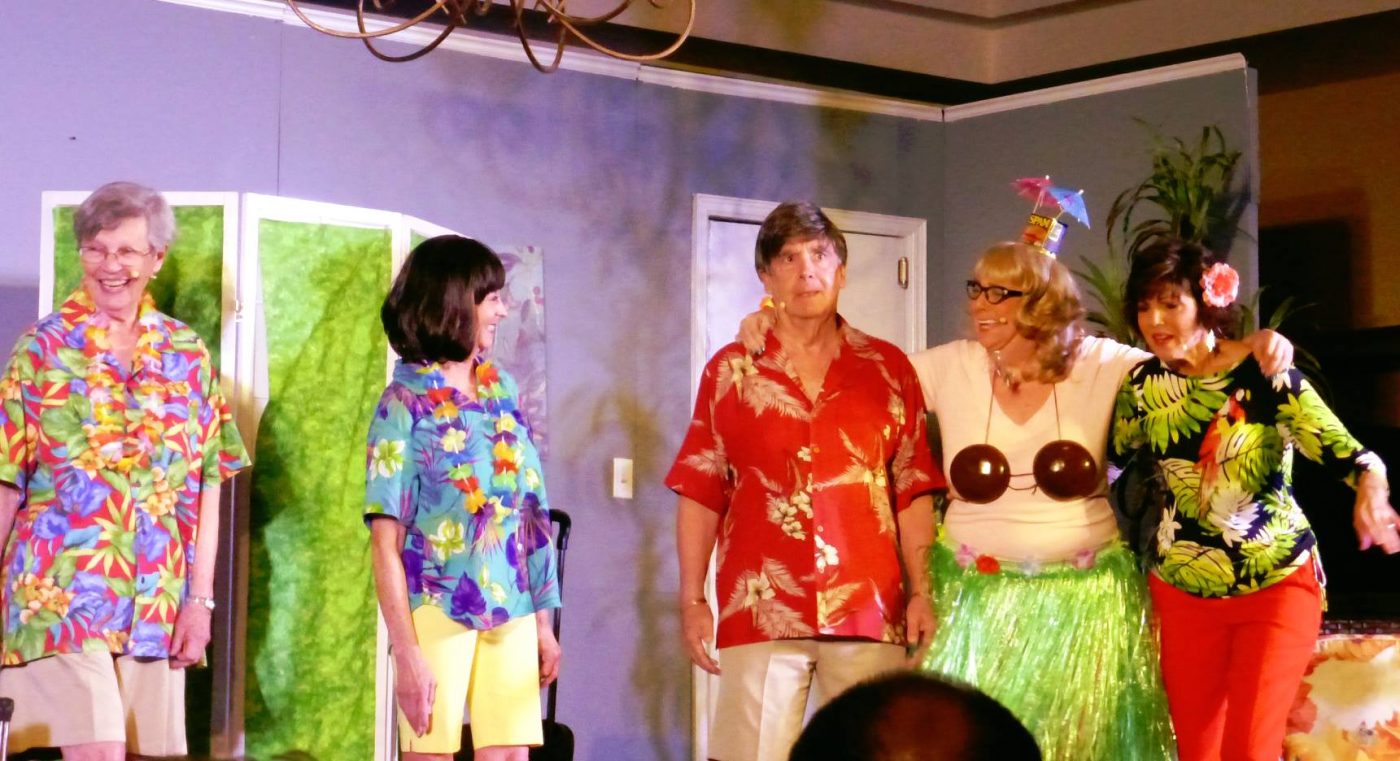 Earlier in the day, I was talking with Bill (the fellow in the photo at the very top) while at the gym and told him we were going to see the play that night.  It’s his first play as an actor. He told me he got some training by taking Bert Emma’s Theater 101 workshop, which he found quite interesting. They learned about timing and delivery of their lines. Learning the acting craft is challenging, but also interesting, he says. 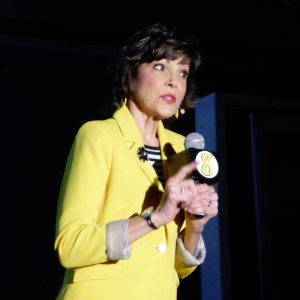 So the Theater 101 workshop was offered and several who are new to acting attended.  Other actors had previous acting experience in their high school or college theater.  A few of the actors have been in several of the seven past productions, but this year’s play included several new actors who really shined, sometimes playing a different character in two of the six scenes.

All of the actors said it was fun and they encourage other residents to give it a try.

It’s a good way to get involved in the community, Ruth says. 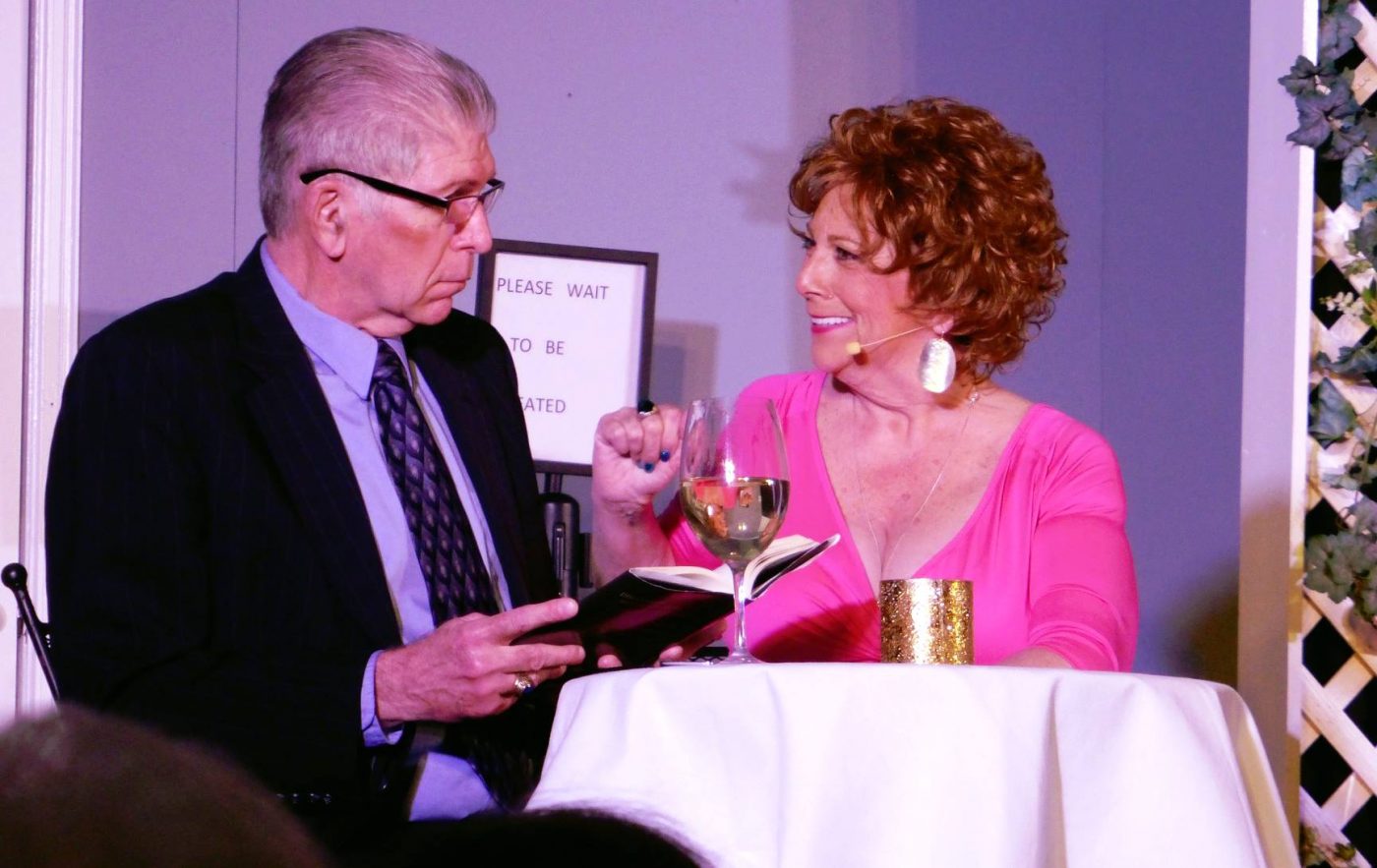 It Takes a Village

You know how when they roll the credits at the end of a movie, there are hundreds of supporting people listed.  Same thing with a play.

So 16 on stage actors is what you see and that is a lot of people that need coaching, directing, running rehearsals for each of the five scenes, costume design and production, make up.

Then there stage design, procuring props, having crews to change the sets between scenes, prompters and a stage manager.

Think that’s it? Nope. There’s hospitality and helping with the intermission refreshments (moon pies and RC colas!), ticket sales, videography and taping the production as well as sound systems and procuring the right sound effects, setting up and operating the lighting and the steel framed stage, house management assigning ushers to hand out programs and usher people to their seats.

Well, there is a lot to this theater stuff, that’s for sure. It certainly is an activity that take a lot of creative efforts by many people. 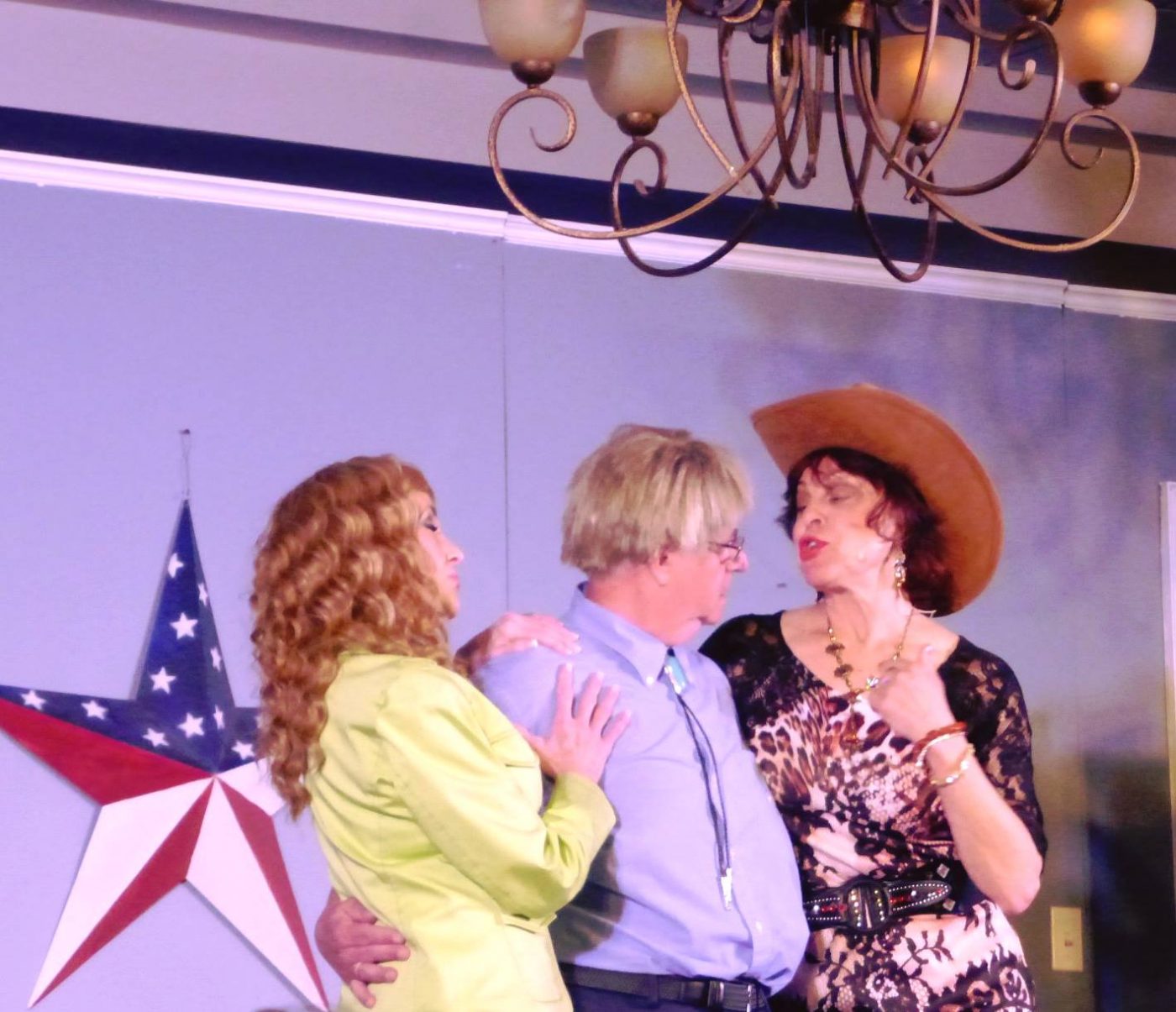 Working with Other Community Theaters

Everyone involved with this production was a resident except Allen Story who was the director. He has a BFA in Musical Theatre from Brenau University, which has a wonderful community theater and Mary Ann and I have seen several of their plays.

The Winder-Barrow Community Theatre loaned some of the props and costumes in the production. 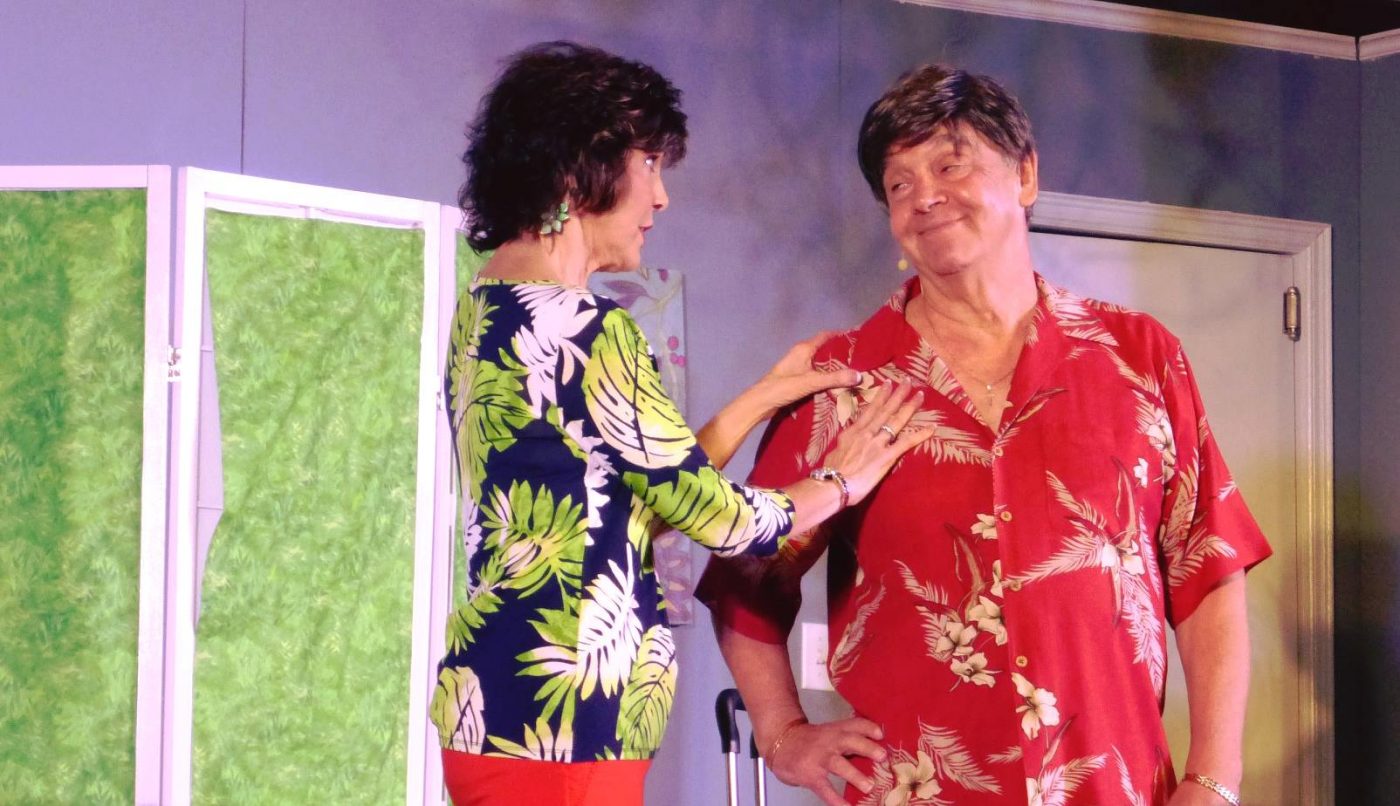 What a wonderful event all the way around for the residents of our community!