We were told during our working years how important first impressions were. We needed to be groomed and clothed in the right way and of course have a positive attitude. They were right, it did make a difference, when in the fast paced working world, people would make hiring or purchasing decisions, many times based on first impressions.

As we grow older, now we can see that often times our first impressions are wrong.

I know and admire a lot of people who I didn’t get a good first impression about when meeting them the first time or two. I have even become friends with a few of those people that I was wrong about.

Therefore I try to remind myself of this problem with first impressions and try not to jump to too many conclusions so fast about people who I meet for the first time or two.  Sometimes you just get off on the wrong foot with someone. Remember the childhood fight with a kid who later became your best friend. Well we don’t fight now do we, but we can forgive.

Fortunately, I see that people in our community have a way of focusing on the positive and what we have in common, rather than any differences. We are in this boat together and love our community.

In the context of a retirement community or even a senor center, if you come in contact with people enough, say because you participate in an activity together or maybe even because they are neighbors, you will soon get to know the person a lot better. It is important not to write anyone off based on first impressions. Later, you may see your first impression was not correct.

One lady who I spoke with at an Active Adult Community in NC, told me when visiting communities to see where to live, she would sit in the clubhouse just inside the front door and see how many people came up to talk with her.  She said she visited the community where I now live and that the people were not friendly.

I know that’s not the case in my community, people have been and are very friendly to us during our first year here. If she had asked anyone a question about living in the community, they would have been glad to tell here. It doesn’t sound like she talked with anyone, just did a test to see who would approach her. 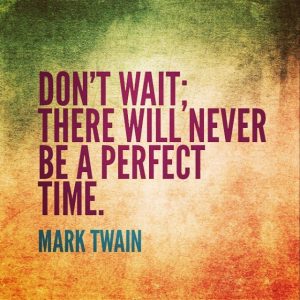 In scouting communities in which to live, yes visit the clubhouse and ask the residents questions.  All you need to do is ask. Also participate in some  of the activities,  because then you really get a feel for the people. Play a game  of  bocce or take a line dancing class or cooking class, like we did when scouting communities.

I honestly don’t think the friendliness of people will be a problem at any of the Active Adult Communities. People are people, but I think you will find people who live in an Active Adult Community are some of the most accepting, friendly, positive and interesting people around.