Mary Ann and I attended the USATF Masters Indoor Championship a couple of weeks ago. We saw many example of seniors excelling in track and field sports of all sorts that many thought not possible a few years ago. Many of these seniors will be at the World Masters Athletics Championships Indoor at Toruń Poland next week.

Thanks for photographer Rob Jerome for allowing me to post some of his photos from the USATF Masters Indoor Championship.

These seniors show us all what is possible and serve to motivate all of us as well.

Fall Bocce season is over. The 400 members of the bocce club had our playoffs this morning in cool windy weather, then went to the clubhouse for the bocce luncheon that 260 members enjoyed. We played in the tournament but lost our first game to a lady who couldn’t miss.

Bocce Spring season starts again March 13th. We have a Fall league and a Spring league. Both last approximately two months.  We have 23 leagues of 8 two person teams,  plus stand by players. We play one hour per week during which we play two games with different teams.  During the season, we play each team twice, then tally up our standing to see who goes to the playoffs.

The top team from each of the 23 leagues then go to the playoffs, which were today. The team that won, Robert and Sue Fox had to win 4 straight games and did.  Then we went to the bocce luncheon at the clubhouse and started planning for the Spring season.

Here are some pictures from  the Village at Deaton Creek Bocce Playoffs.

We had a big crowd to start the day, but it was windy and cool and the crowd thinned out. 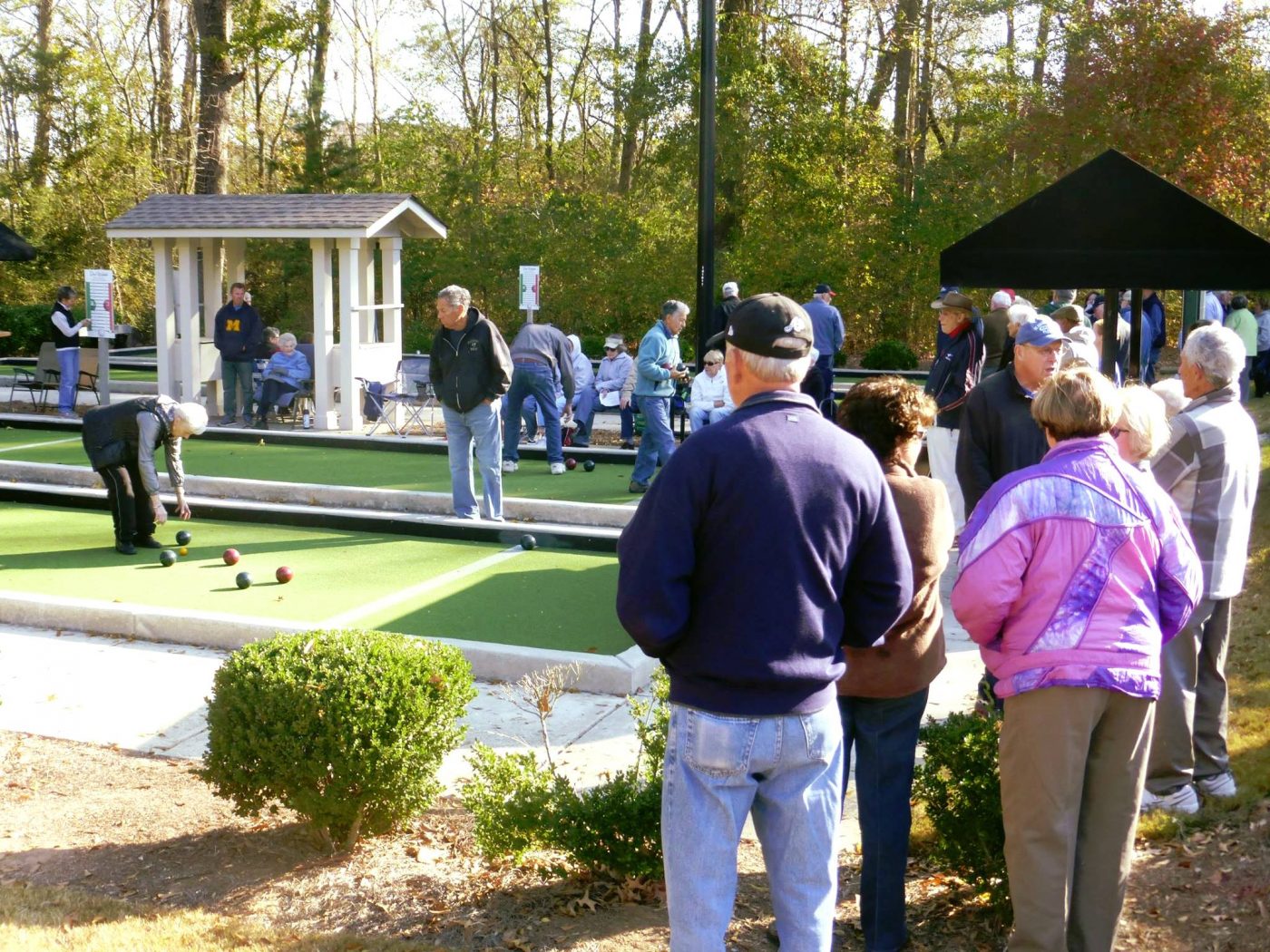 Using a can to measure is ingenious! This is the championship, so you need to measure to make sure who is closest. 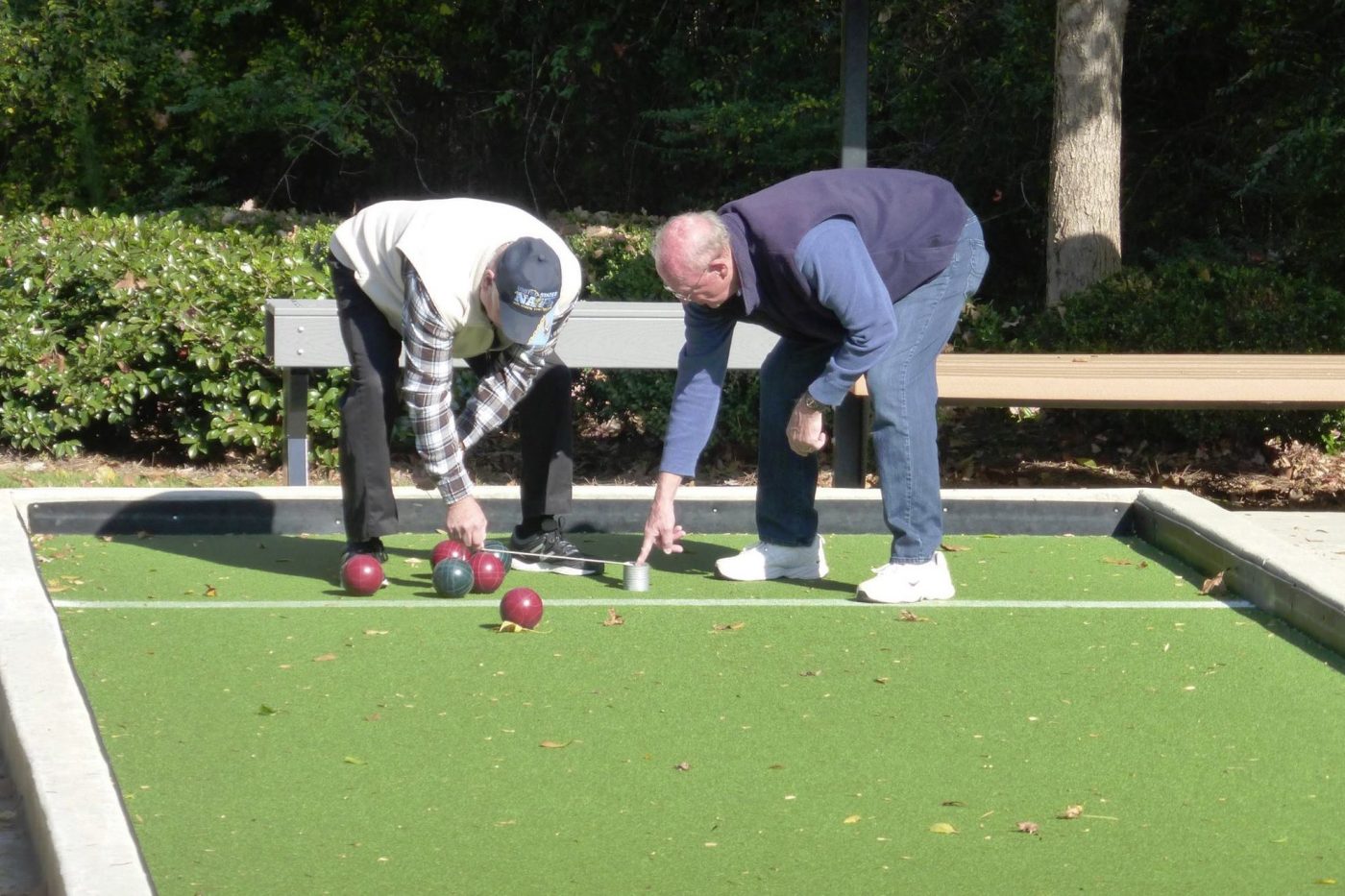 I like the lady with the blanket! Good idea. 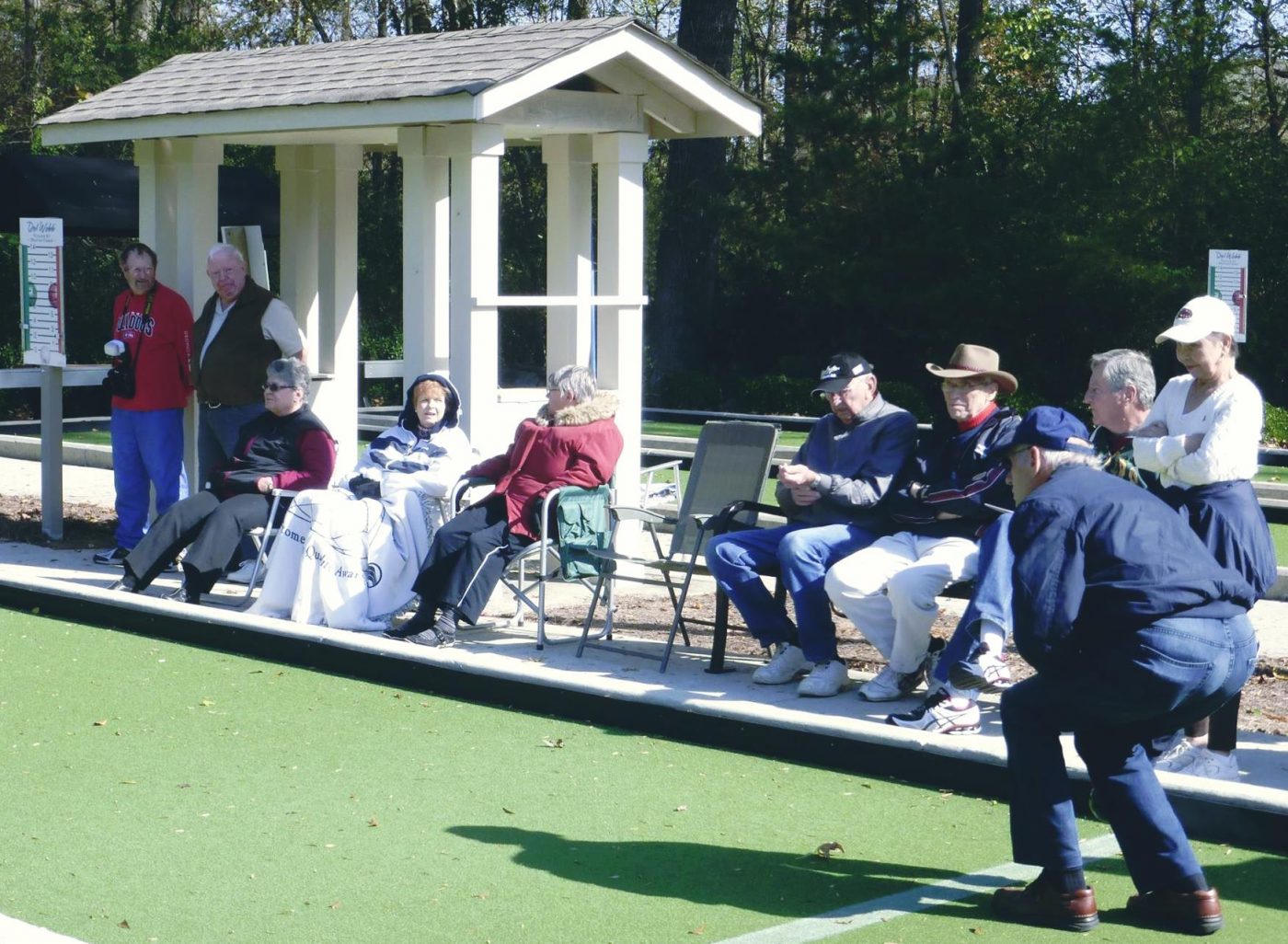 You have to be good to roll the bocce ball that far and get that close. 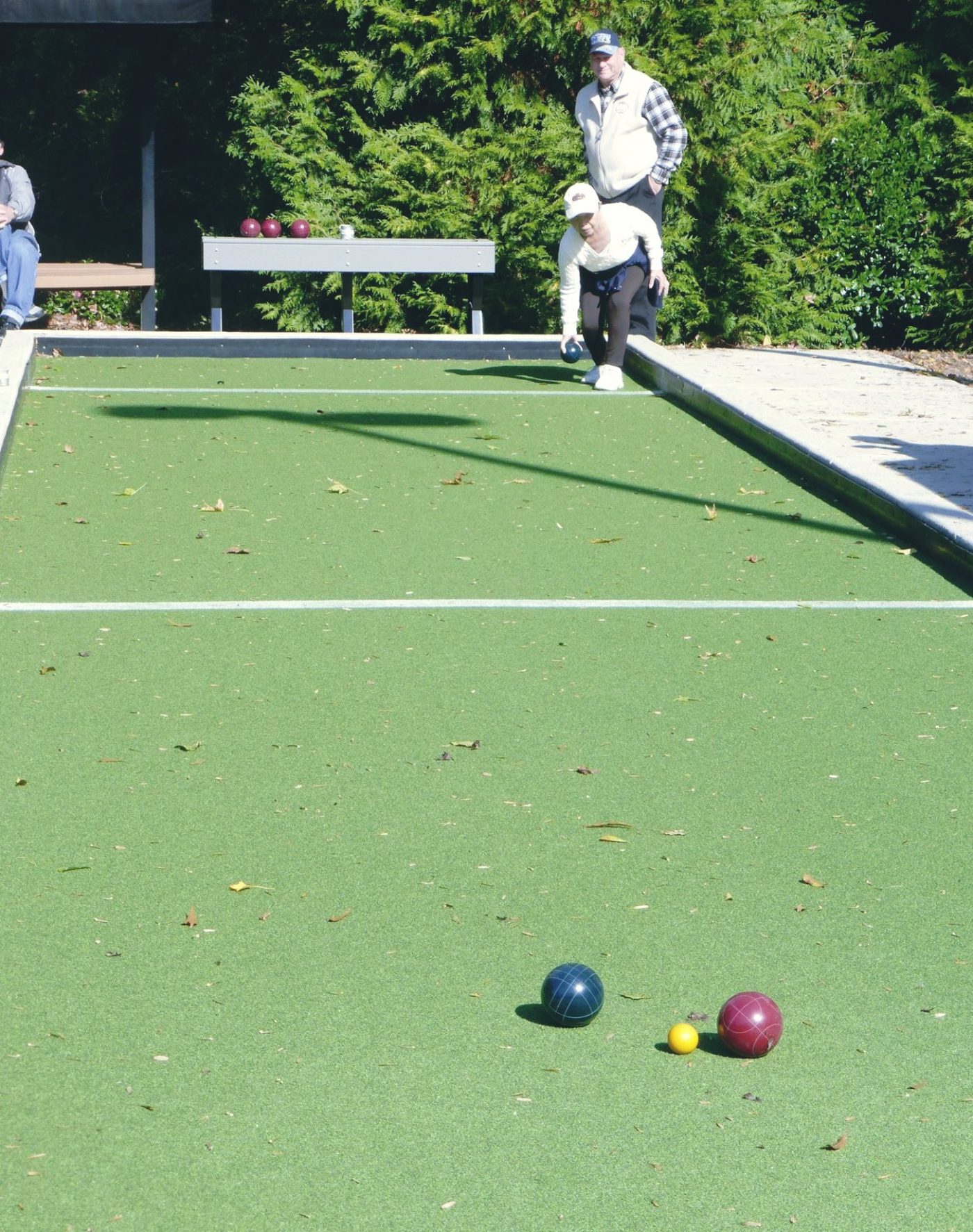 Some discussions going on about who is closest. 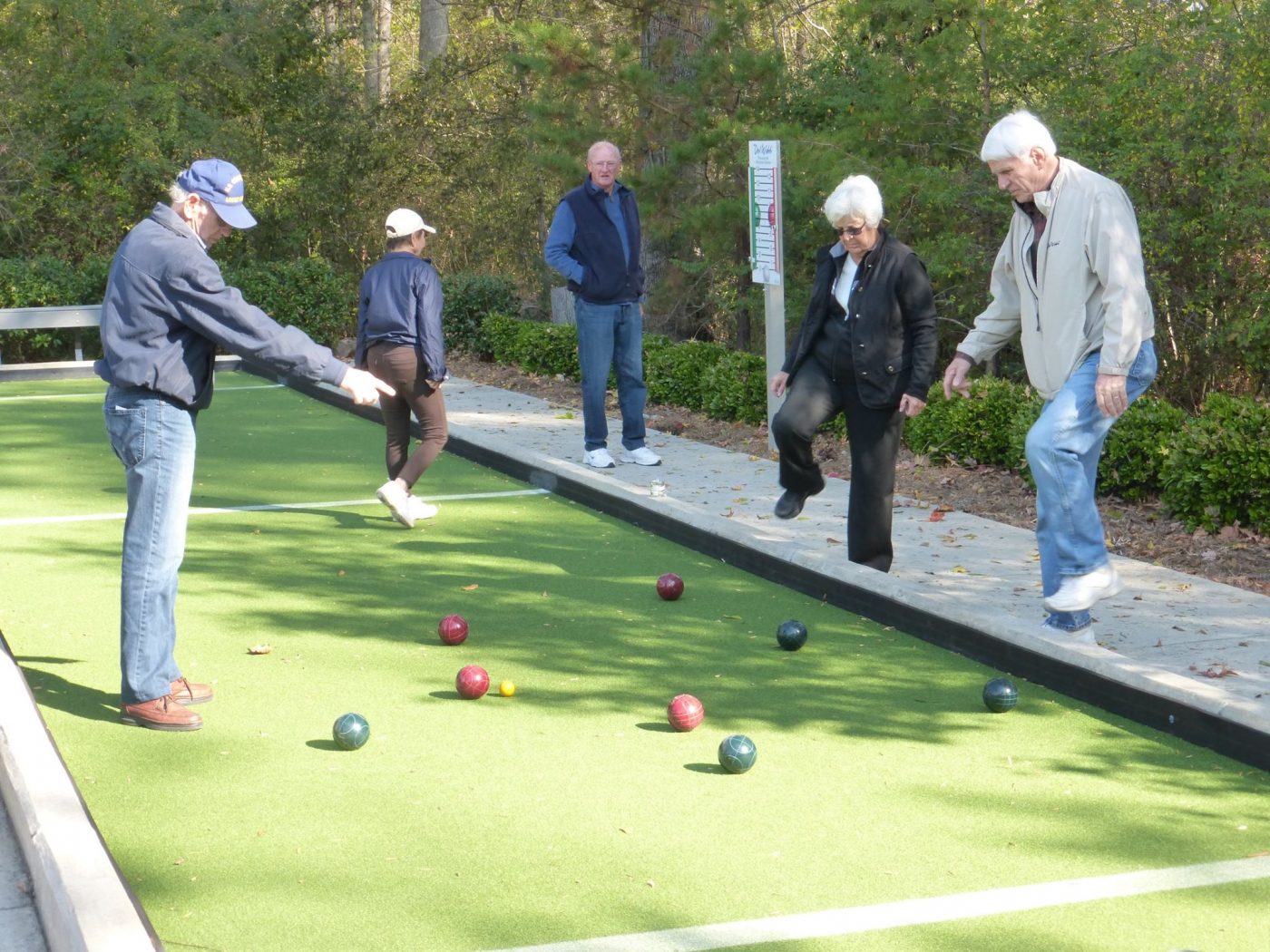 Wow, this lady gets down low and has a smooth delivery. No wonder she is in the playoffs. 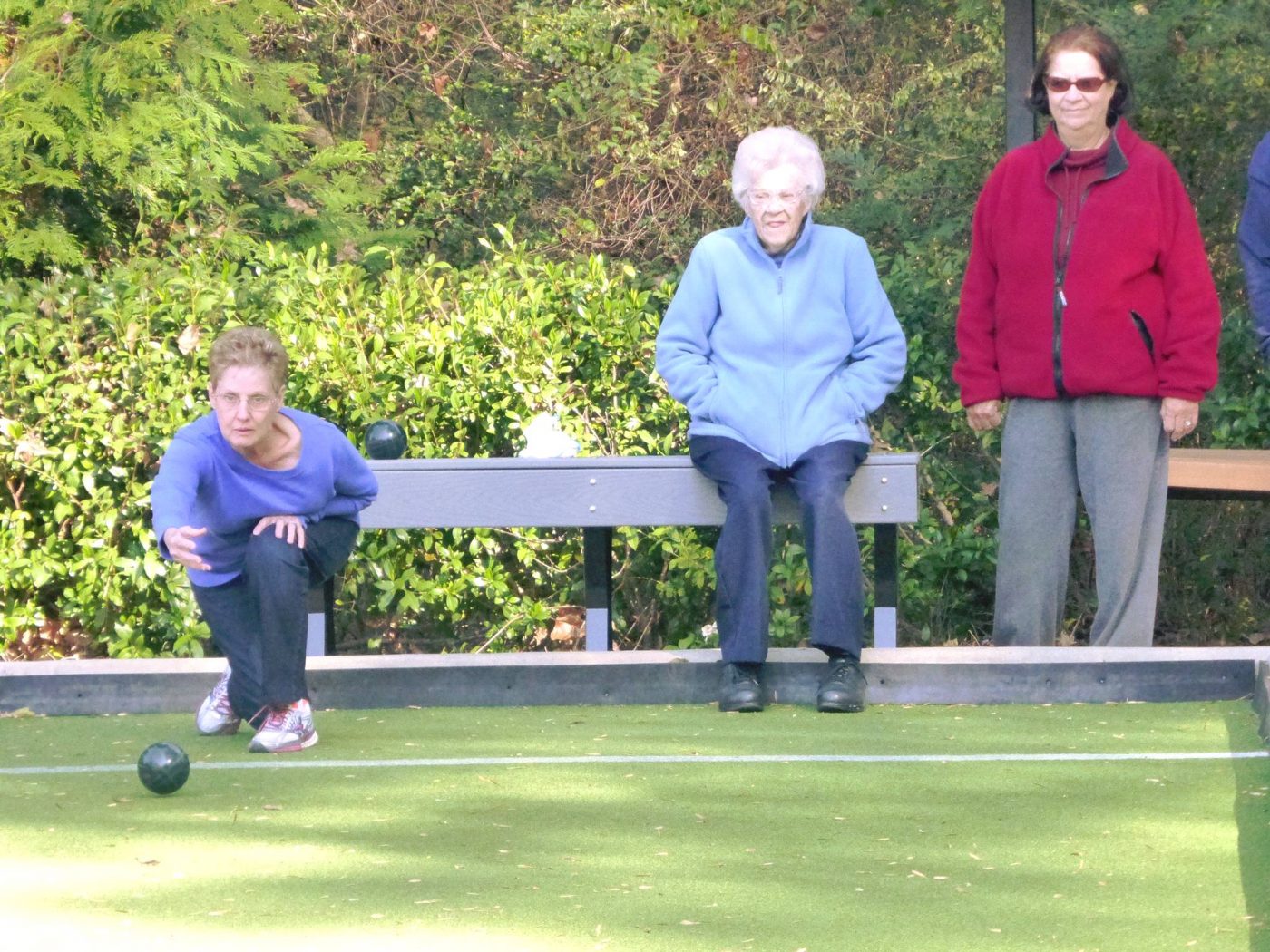 I shouldn’t say this, but I heard this lady is over 90 and is one of the best players. Gives me hope.