Mary Ann and I just returned from the first ever USA Masters Games. The Games are billed as the National Sports Festival for Adult Athletes.

Masters Games have been held around the world: in Australia, New Zealand, Canada, Australia, Europe and South America. With the Games held this week in Greensboro NC, the plan is to have the USA Masters Games every other even year here in the US. Today at the closing ceremony, it was announced the host city for 2018 will be San Diego.

I attended and competed in the 5K race walk with about 27 people from all over, including the guy next to me who came from India. The track and field events were held at North Carolina A&T State University’s Aggie Stadium, which was an impressive venue.

In fact, the Games introduced us to Greensboro’s other impressive venues including The Greensboro Coliseum Complex, which features the largest seated arena in America.  Next door is the Greensboro Aquatic Center where we watched the diving and synchronized swimming competitions.

There were several thousand people attending these Games and I believe they were a successful start to what can become a major Adult sports event.

The great thing about attending these Senior and Master Games is that it gives you a chance to compete with some of the best athletes in your age bracket in the country and to show what you can do, after training so hard. You get to view other sports competition also, at no additional cost.

You get to meet and socialize with others with the same interests in the sports you love so much. Many of the people attending  these events live in Active Adult Communities and participate in the sports in their communities. This gives them a chance to compete at a higher level.

Another benefit is that it gives you a good reason to travel. You really get to know the host city during your stay. In addition to Greensboro, during the last 12 months, I have been to Senior or Master events in Minneapolis/ St Paul, Albuquerque, Florence SC and enjoyed each one.

Here are some pics taken from my phone of events Mary Ann and I attended after my competition.

First we watched table tennis. These guys were great and so fast! They were very serious about their competition. 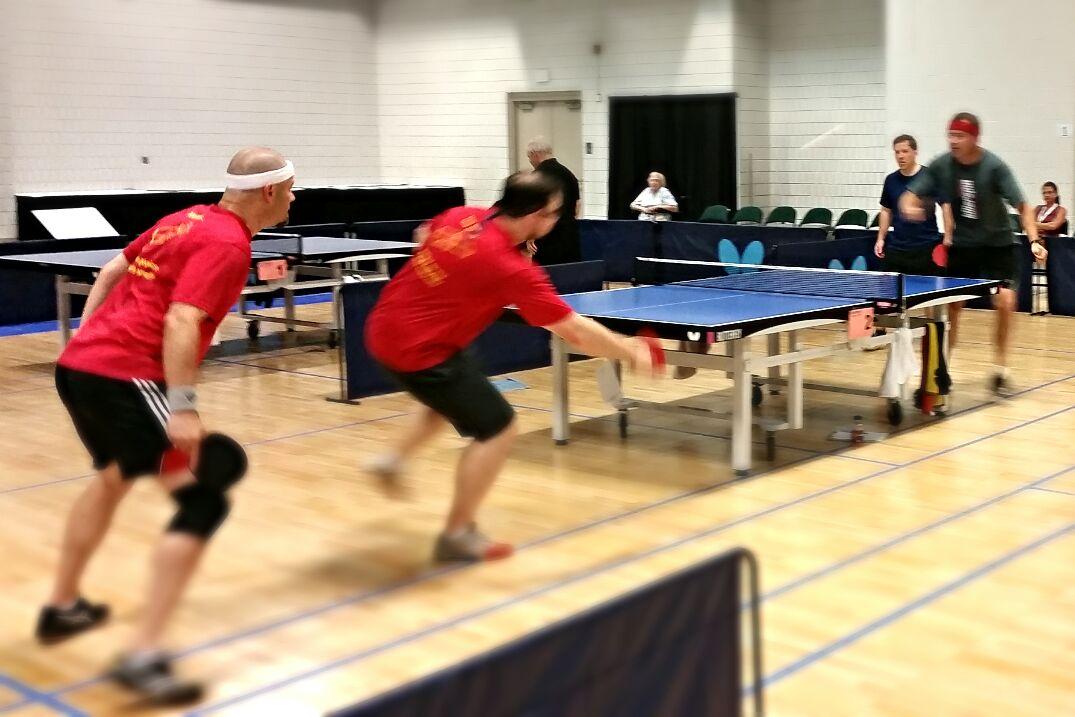 Next we took in an Ice Hockey game at the Greensboro Coliseum. 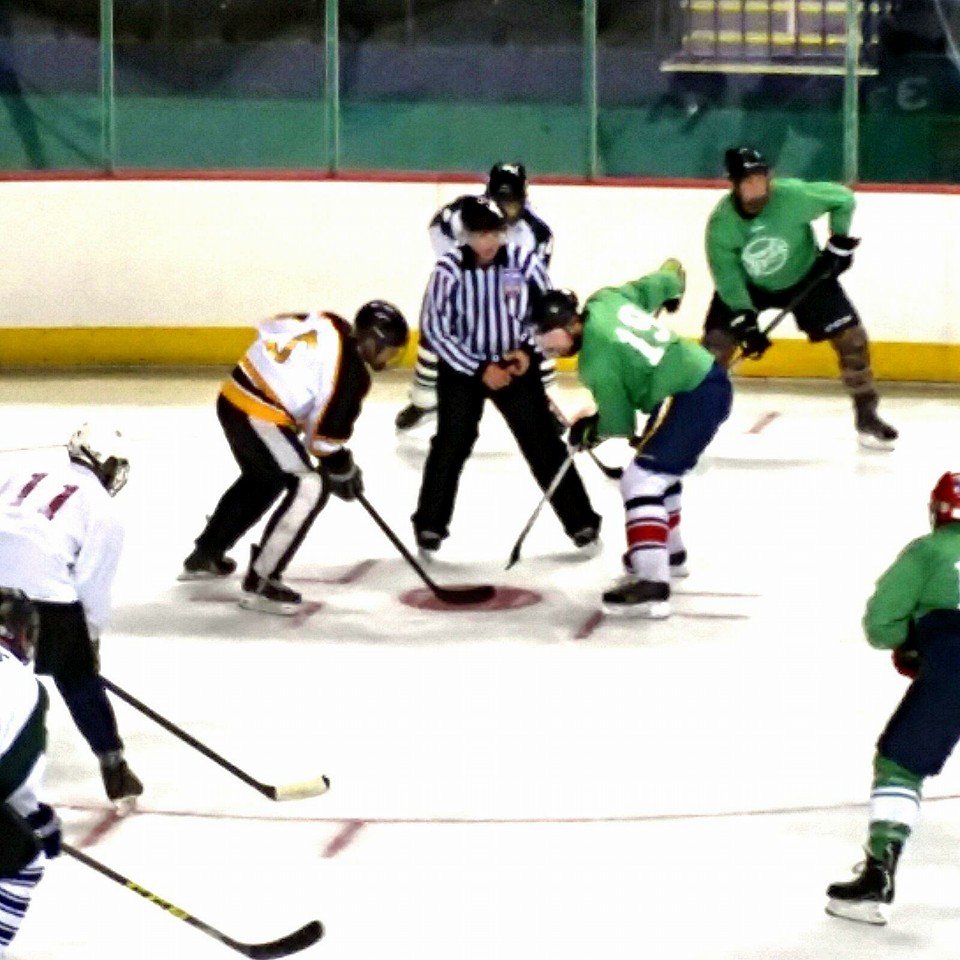 Next, we went to the Greensboro Aquatic Center where we watched the divers compete from 4 different levels. Wow,the high dive is really up there! 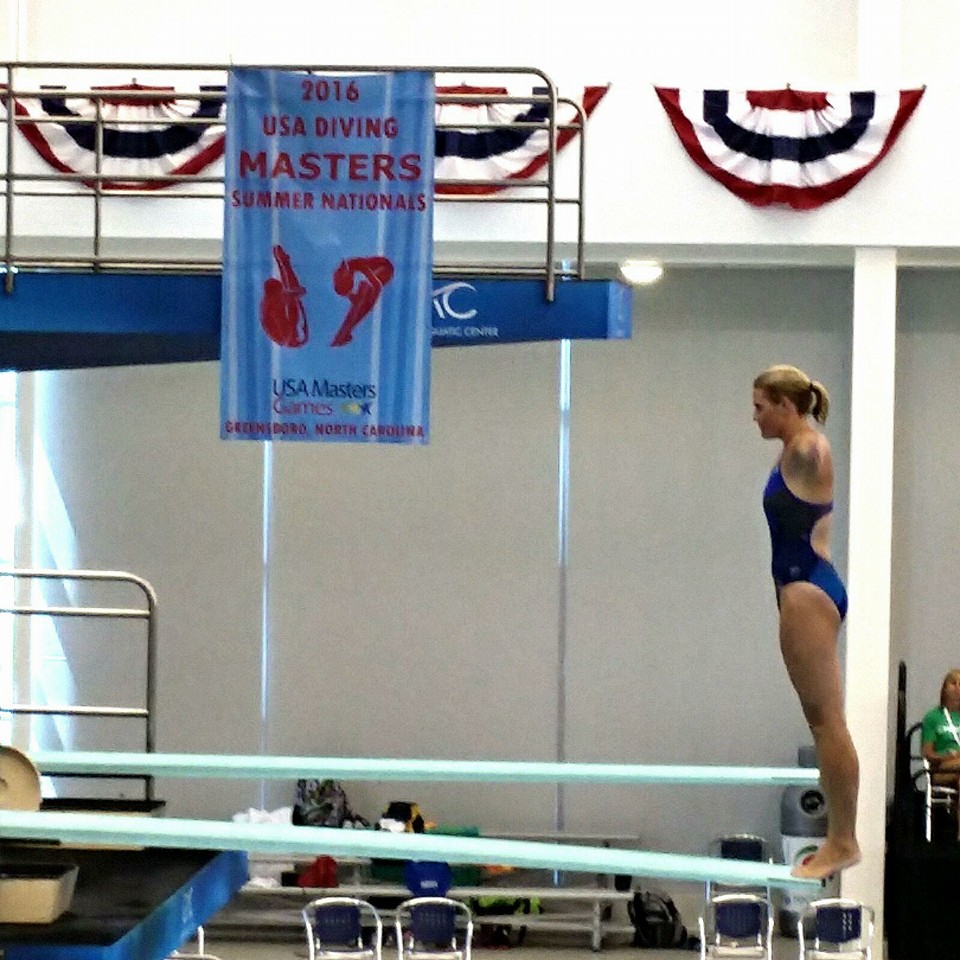 Next groups of ladies were doing a fantastic job with the synchronized swimming. They were having a great time. 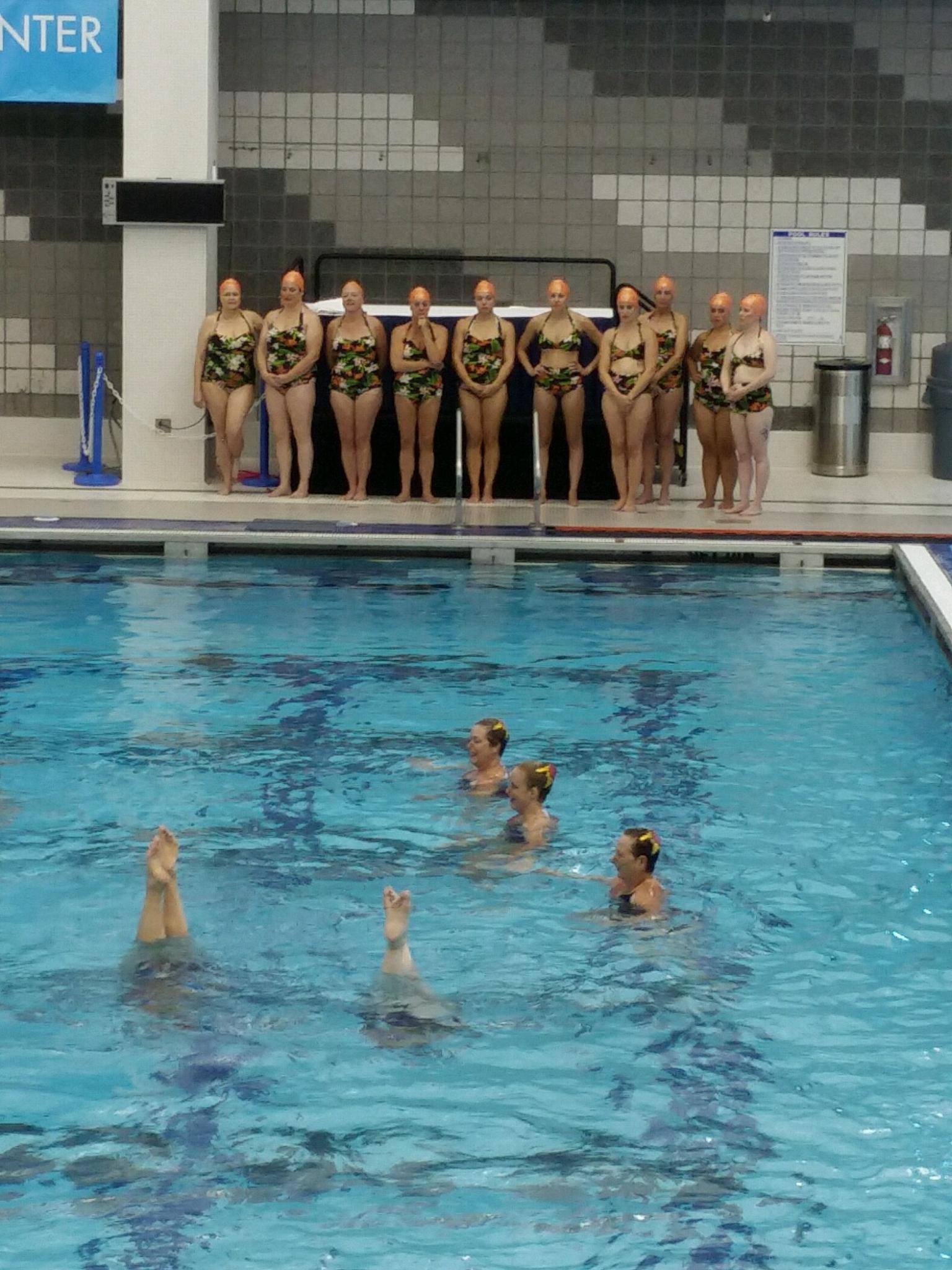 Start of the 5k race walk. I am in the red shirt 6th from left. 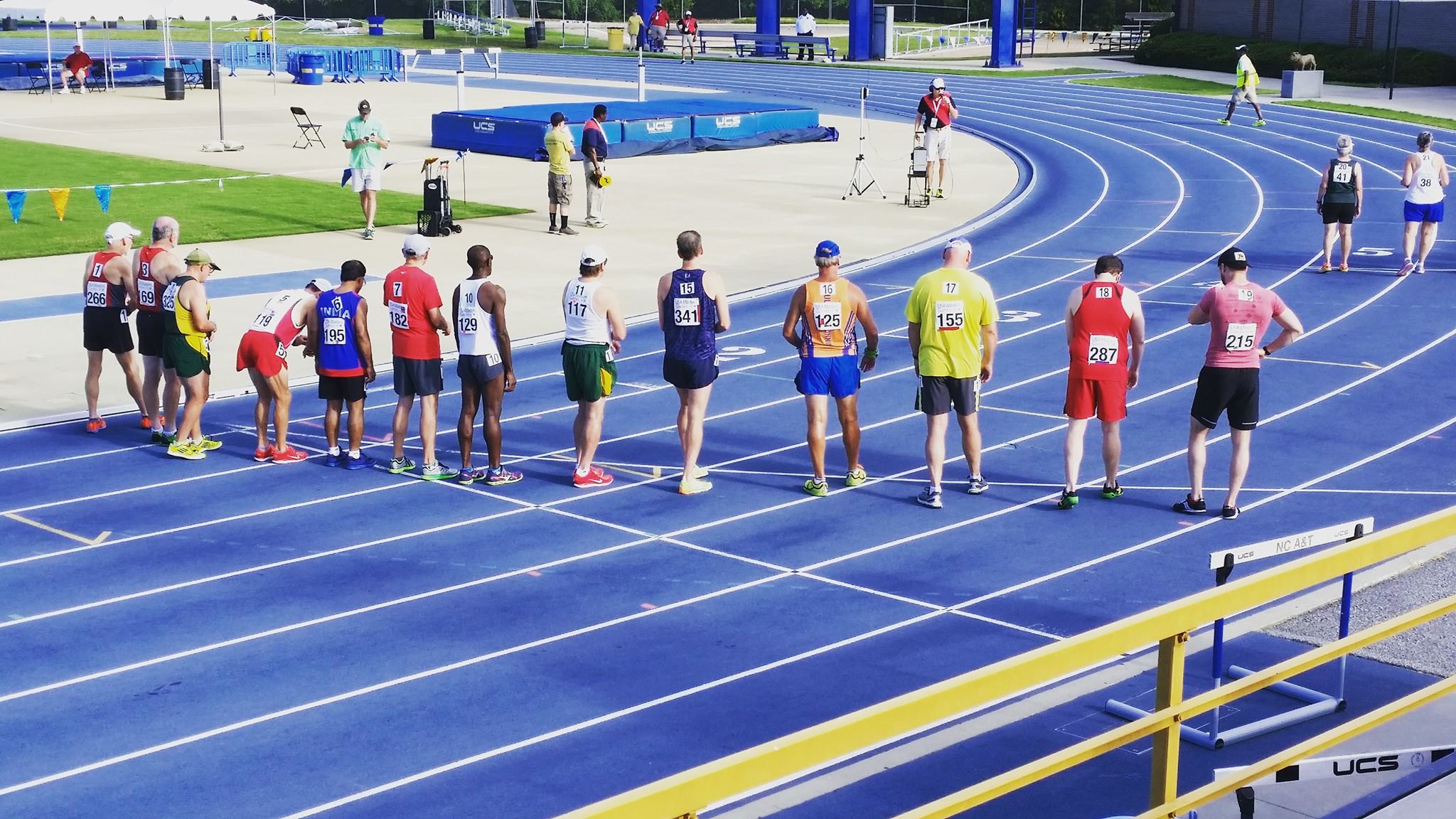 Gold, Silver and Bronze medals were awarded. (Me on right). 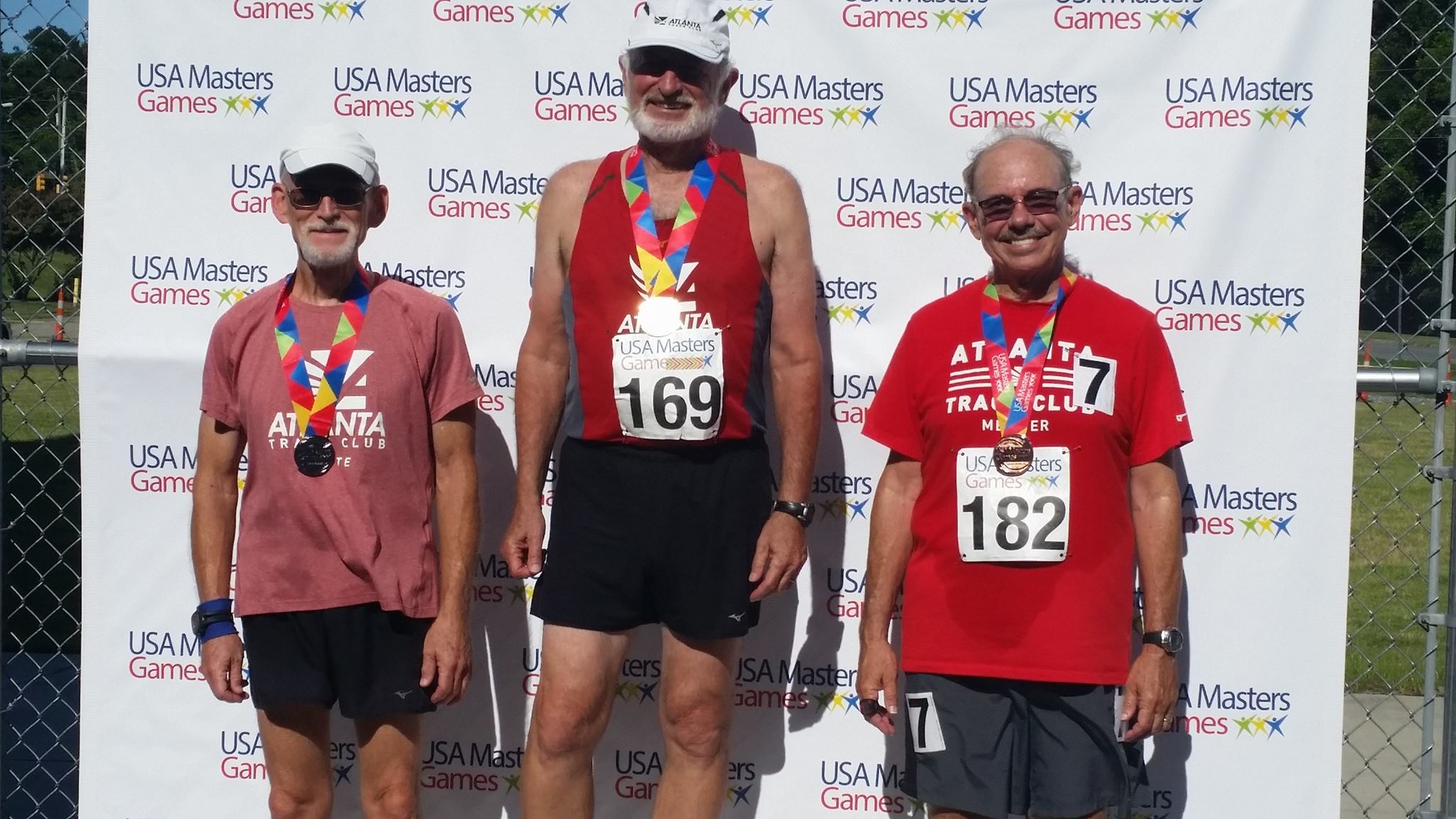 There were many other kinds of sports at the 2016 USA Masters Games including Road Racing, Soccer, Softball, Swimming, Tennis, Field Events, Triathlon, Volleyball, Water Polo, Weightlifting, Golf, Martial Arts, Figure Skating and Pickleball. So after you compete in your sport, it’s great to attend some of these other events like we did.

I think we may plan to go to the next USA Masters Games in San Diego in 2018. Getting a group from our Del Webb Community to attend together would be such fun!